Well, here I am again, girls.

I've just read through the Round Two thread and I did sooooooo well. Still, I've put it all back on and then some, so no point in moaning about it, I've just got to get on with it. I will NOT be a Mother of the Bride in anything larger than a size 14.

I'm sure my tummy bug helped start me off but since then, I've done really well. I'm following SW again, but not going to the club. I also have NOT had any sweets or chocolates....not even in bed, lol and you know what? I haven't really missed them.

Nothing like a wedding to spur us on is there, go for it, if there's no choc in the house you can't eat it.
Keep it up, you've done it before, you can do it again.

well done lorraine ,no better reason to lose weight than a daughters wedding and a mother of the bride outfit . you can do it

Well done.
I'm sure one of your big problems was what you took to bed to eat as
that settled there all night. If you ate it in the morning you would
at least have a chance of losing some calories, but not when you are in
bed, so I think you've cut out one of the main problem.

I had a bit of a craving for something sweet when I went to bed last night, but I fought it.

Hopefully I can carry on fighting it.

I rarely use my 'sins' during the day, so if I'm really desperate I could have a Kitkat or something to take the edge off.

I'm trying to think of something to have for tea that's a red day meal. I find the green days so much easier but I think I should have some meat sometimes, lol.

The other day, Nic gave me a tin of Asda's ratatouille to try. I wasn't too enamoured to tell you the truth. But..I fried an onion with a bag of Quorn pieces, then added the ratatouille, a carton of passata, large dash of Worcester sauce, salt, pepper and some dried Italian seasoning and cooked it for half an hour then served it with some Uncle Ben's rice. It was lovely.

There was enough left over for the next day too, so when I reheated it, I stirred in a large dollop of fat free Total yoghurt and it was like a different meal altogether. Really, really nice. Would be better with real chicken but then I couldn't have the rice with it (at least, not as much as I'd like).

well go for it girl. I must say I find the red days much harder too, because I adore potatoes, pasta and rice and would much rather cut back the meat.

plus all the red day dinners take eons to make.

Yeah, rather have the mars bar, pmsl.

i dont use fromage frais ,i use creme freshe and it does not seperate . good luck with it all . i hated red days too as i dont eat a lot of meat

oh i dont know about in sw recipes ,im just saying i use it to thicken things and give a nice creamy finish to them ie soups ,you know i dont do dieting . im sure you can get a healthy option though

Lou - I am using 'My Fitness Pal' hun, its free, online, and they do applications for smart phones if you have one.

Its great, and although i havent been able to do any excersise cos i broke my shoulder, i have been walking everywhere, and watching what foods i eat and i have managed to lose over a stone. (forgot to say my hubby has lost 4 1/2 stone since he started using it) 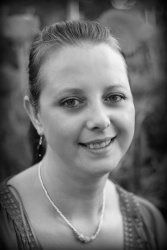 Didn't have any Quark, Maria.

Still doing OK. I'm eating when I'm hungry and not at 'lunch time', 'tea time' etc so sitting here at the mo with a bowlful of Thai Sweet Chilli Rice and I've made a super Pasta Quiche again.

yay you go girl, well done. So proud of you for sticking to it. I use low fat creme cheese in a lot of thigns to cream it down. Esp with pesto.

I like the pasta quiche, you can have fish on red days.Tuna quiche is lovely. I bought the SW mag and it has a free recipe book with it this month.

I slipped up last night.

I've been craving wine gums for days but didn't give in and didn't buy any so last night I ate Chocolate!!!!!!

Still, I'm bound to slip up sometimes, so back on the horse today.

That's the attitude; we're all human after all!

Tina, thanks for the offer but if they're 100 green and 100 free original, then I already have them. If something different, then yes, I'd love to have them.

Oh gosh i would love them!!!

Maria wrote:Oh gosh i would love them!!!

I will send you postage of course. if they are very heavy it might be best to send them to Patty... i'll still send you the postage but it would be cheaper.