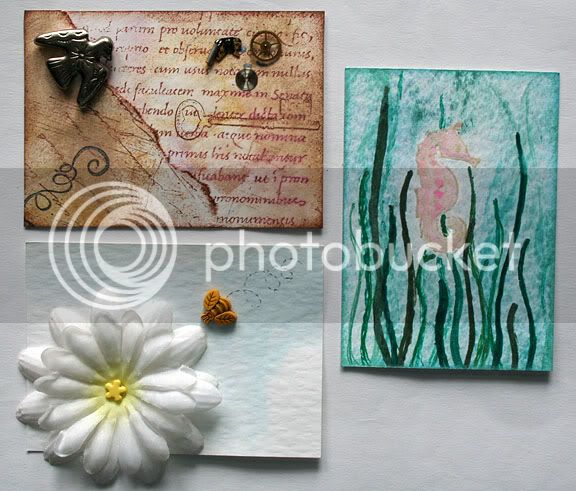 Very nice, but seahorsey is my fave

Lovely Lynda and liking the seahorse too.

3 very different ones , I really like the bird one.

No, Billie: it's a sort of stylised bird, so I made it a bit steampunk-y.

I kept the top one with the bird and the cogs.

Right up my street. Thanks Lynda.

Oh, wow - I'm flattered! That was the only one I was slightly happy with, but even then I thought it wasn't up to the standard I usually try to achieve. Now I can tell you that it was inspired by the two pieces of paper I used in the background: they were from the sheet that I use underneath when I'm stamping so had all sorts of try-outs on them. I used them just as they were, just inked round the edges afterwards.